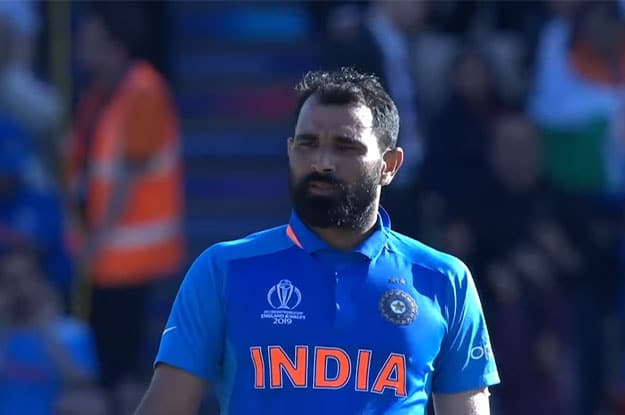 Mohammad Shami is an Indian right-handed fast bowler and batman.  He belongs to Amroha Uttar Pradesh. His wife’s name is Hasin Jahan.

he debuts in January 2013 with recorded four maiden overs. He also debuts five wickets haal on his test debut against west India and in the 2019 world cup he took a hat- trick against Afganistan .shami is 4rt Indian blower to do so in one day cricket.

Mohammad Shami admitted the allegations made by his wife Hasin Jahan regarding the extramarital affair.

he (Shami) accepted to womanizing during an investigation of match-fixing by the board of control of cricket in India(BCI) anti-corporation and security unit (CSU).

his wife Hasin Jahan has reportedly claimed that Shami’ s is having an illicit affair. For exposed him, she uploaded several screenshots of Messenger and WhatsApp message, and some pics on the unverified Facebook account were titled as ‘Shami’s enjoyment’.

after all shami ‘s has a three-year-old daughter Airah.

Jahan said,” after returning from South Africa Shami abused me and started beating me. I tried to understand myself for the save my family and my daughter child but I cannot suffer anymore but he kept on disturbing me, when I saw those dirty chats with several ladies, I have broken. I was resolute to take legal action with all present withness. He (Mohammad Shami) also even threaten me.